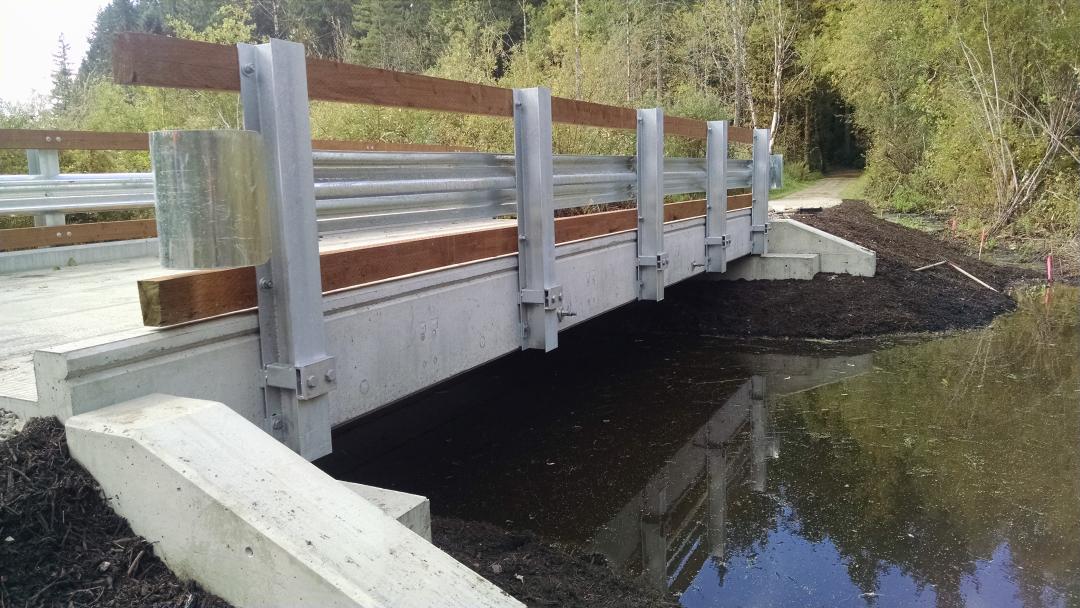 Isolation and protection of the native aquatic species is always a concern when working in a fish bearing waterway. Hundreds of sand bags were placed prior to water pumps hooked to numerous fish screens draining the immediate worksite. Once all species were relocated outside the project perimeter roadway and existing culverts were removed. Piling was installed supporting new bridge abutments. A precast concrete bridge system was designed and delivered to the remote site. Following crane placement of the bridge deck a guardrail system was installed. Bridge approaches were poured in concrete, the roadway was reconstructed, and the water passage was restored. Once disturbed areas had established acceptable regrowth erosion control measures were removed. 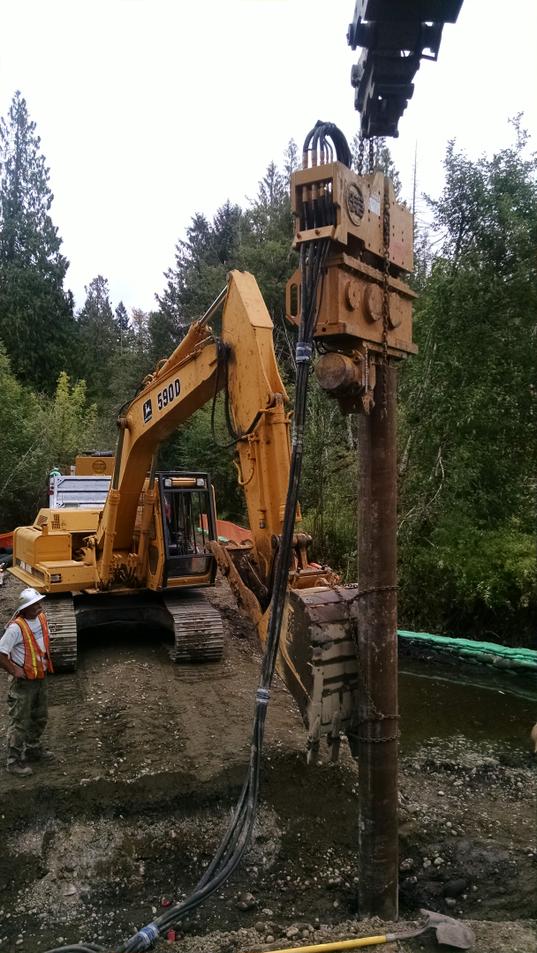 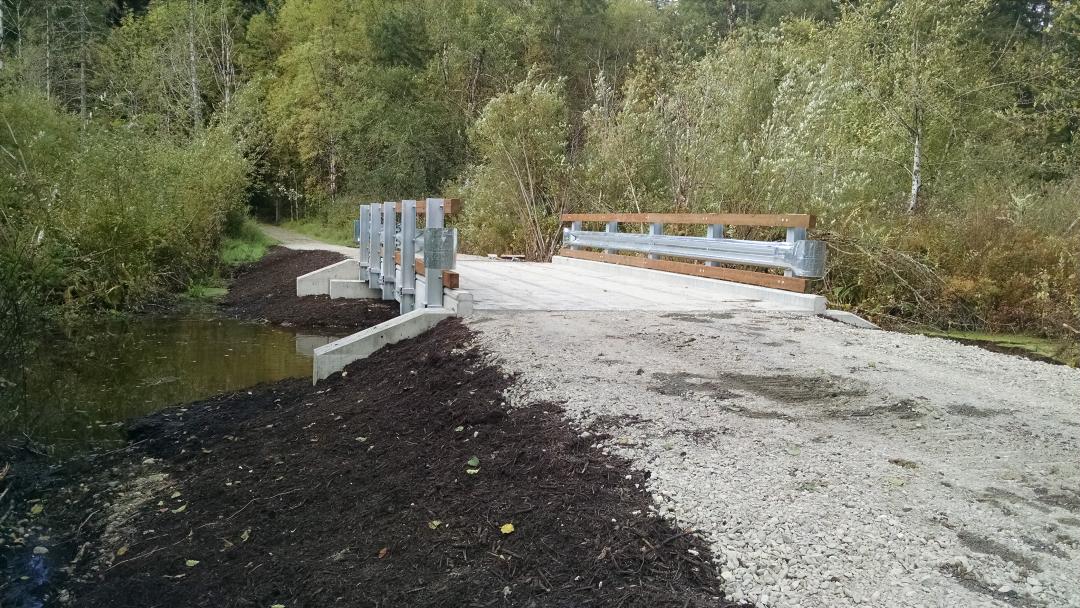 Have a question, or want speak to a team member? Give OSG Dozing a call or send us an email to get in touch.